Confirming the basic principle of contractual freedom between sophisticated commercial parties, the Supreme Court of Canada has ruled 9-0 that a “non-liability” clause in a contract entered into by two companies in Quebec has the effect of limiting the responsibility in their trade dispute. , and is not invalidated by the doctrine of the breach of a fundamental obligation.

On October 15, 2021, the highest court unanimously overturned the lower courts of Quebec, which had refused to apply a radical contractual clause of “limitation of liability” (clause 7) drafted by the systems consultant defendant, Createch, to protect Createch from a potential future damage claims from its client, Prelco, a glass manufacturer in Quebec: 6362222 Canada Inc. vs. Prelco inc. 2021 SCC 39.

It was consistent in the appeal that Createch had breached its fundamental obligation under the contract to investigate the specific needs and operating requirements of Prelco and to propose an approach for the implementation of a management system. integrated that would be able to satisfy them.

The crux of the dispute before the Supreme Court was whether the limitation of liability clause largely protected the defendant from payment of Createch’s over $ 6 million damages claims. The main legal question was: could Createch’s failure to perform a fundamental obligation of the contract render clause 7 of the contract inoperative?

The lower courts of Quebec have concluded that cl. 7 of the contract was inoperative by reason of the breach of a fundamental obligation doctrine, according to which a disclaimer or limitation of liability clause has no effect if it relates to the very essence of an obligation.

However, the Supreme Court of Canada ruled that neither of the two possible foundations of the doctrine of breach of fundamental duty applied to the fault committed by Createch so as to nullify the limitation of liability clause.

“The clause on which Createch is based is in an over-the-counter contract which was negotiated by two informed legal persons and not in an adhesion contract or a consumer contract as under art. 1437 of Civil Code of Quebec (CCQ) ”, wrote Chief Justice Richard Wagner and Justice Nicholas Kasirer in joint reasons for the court.

“The clause is not ambiguous and the trial judge could not overrule it”, ruled the Supreme Court. “The will of the parties had to be respected. Article 7 does not violate any rule of legislative or judicial public order, nor any specific rule relating to nominative contracts which applies to the facts of the present case. There is nothing in the case that would require the courts to intervene to protect a weak or economically disadvantaged party. “

The Supreme Court noted that the rule according to which the irresponsibility clauses are valid in principle is a well established right since Glengoil Steamship Co. v. Pilkington (1897), 28 SCR 146, and it was subsequently accepted into positive Quebec law. 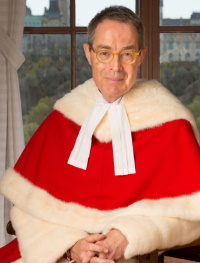 “This rule stems from the autonomy of the will and its corollary, contractual freedom, both of which are general principles of the general law of obligations in Quebec civil law,” wrote the Chief Justice and Justice Kasirer. However, they stressed that the rule is limited by legislative and judicial public order, compliance with which is established in private law as a mandatory rule of general application on the basis of arts. 8 and 9 CCQ.

The Supreme Court noted that public order does not generally have the effect of rendering inoperative an irresponsibility clause relating to a fundamental obligation in a mutual agreement contract.

He also noted that when the Civil Code of Quebec was reformed, the Quebec legislature directly addressed the object of the notion of public order and intervened to validate the use of the non-responsibility clauses in cases in which art. 1437 CCQ does not apply.

“Subject to the constraints provided for in art. 1474 CCQ, a person can exclude or limit his liability for material damage caused to another by a fault which is neither intentional nor serious ”, explained Chief Justice Wagner and Justice Kasirer. “Everything suggests that the legislator deliberately chose not to include such a mandatory rule to regulate such clauses in the Civil Code of Quebec, preferring to leave it to informed parties to manage the risks of non-performance themselves. 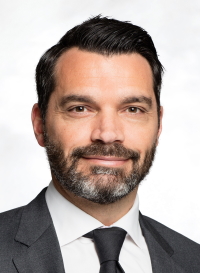 Stéphane Richer of Borden Ladner Gervais LLP, in Montreal, who represented Createch with co-counsel Guy Pratte and Julien Boudreault, said The Lawyer Daily he sees the main lesson of the decision as being “that a rule of public order of general application which would neutralize an irresponsibility clause affecting a fundamental obligation does not exist in Quebec civil law”.

“Everything suggests that the legislator deliberately chose not to include such a mandatory rule to regulate such clauses in the Civil Code of Quebec, preferring to leave it to sophisticated parties to manage the risks of non-performance themselves, and that it would be inappropriate in the circumstances to do so for them, ”said Richer. “The will of the parties had to be respected.

Catherine Cloutier of Montreal-based Stein Monast LLP, who along with André Johnson and Frédérique Lessard represented Prelco, was unable to comment at the time of going to press.

Prelco hired Createch in 2008 to obtain advice on its computer systems and to provide software and professional services to implement an integrated management system. Createch wrote the contact and submitted it to Prelco for comment. Prelco signed the contract without requesting any changes to the proposed general conditions, which included provisions regarding the general responsibilities of the parties.

In particular, clause 7 of the contract, entitled “limited liability clause” – stipulated that Createch’s liability towards Prelco for damages which could be attributed to any cause whatsoever would be limited to the amounts paid to Createch under the contract, and that if these damages resulted from the provision of unsatisfactory services, Créatech’s liability would be limited to the amount of the fees paid in relation to the unsatisfactory services.

The contract further stipulated that Createch could not be held responsible for any damage resulting from the loss of data, profits or income, or from the use of the products, or any other special, consequential or indirect damage relating to the services and / or the material provided. in accordance with the contract.

Prelco terminated its agreement with Createch in 2010, after experiencing numerous problems with the implementation of the system. She then hired another company to operate the integrated management system.

Prelco sued Createch for $ 6,246,649 in damages for reimbursement of an overpayment it had made, system restoration costs, customer claims and lost profits. The defendant asked for $ 331,134 for the unpaid balance of the project.

Prelco won in both Quebec courts, notwithstanding the limitation of liability provided for in clause 7. The Superior Court of Quebec ordered Createch to pay $ 2,203,400 in damages.

The trial judge concluded that s. 7 was inoperative because of the “breach of a fundamental obligation” doctrine, according to which a disclaimer or a limitation of liability clause is of no effect if it relates to the very essence of an obligation. The trial judge concluded that Createch, having misunderstood the scale and complexity of Prelco’s operations, erred in its initial choice of approach to implement a management system at Prelco and therefore failed to its fundamental obligation under the contract. Createch was also assigned the unpaid balance of $ 331,134 for the project: 2016 QCCS 4086.

The Quebec Court of Appeal dismissed Createch’s appeal relating to the application of the limitation of liability clause and the cross-appeal of Prelco, which challenged the calculation of the trial judge’s damages and the amount representing lost sales: 2019 QCCA 1457.

“In the present case, on the basis of the rule set out by the [Supreme] court in Glengoil and reaffirmed under the auspices of the Civil Code of Quebec, cl. 7 is valid and the parties were free to include it in their contract, ”said the Supreme Court. “From the point of view of art. 1474 CCQ, Créatech’s breach of an obligation of means is a simple fault and not a serious or intentional fault, which caused material damage and not bodily or moral. In addition, there is no authority to present the breach of a fundamental obligation as a separate category of fault, more serious or qualitatively different from simple fault. The clause on which Createch is based is in an over-the-counter contract which has been negotiated by two informed legal persons and not in an adhesion contract or a consumer contract as under art. 1437 CCQ The clause is not ambiguous and the trial judge could not set it aside.

If you have any information, ideas for articles or tips for The Daily Lawyer, please contact Cristin Schmitz at [email protected] or dial 613 820-2794.