Marialexia Hernandez and Brea Jones took to the Miami arts scene after being chosen as the first two student journalists to launch the Artburst Arts Journalism Mentorship Program.

Artburst, a multimedia platform spanning arts, culture, entertainment, dance, music and theater in Miami-Dade, gives student journalists the ability to connect with the organization’s top writers and publish articles in the digital publication.

The program, which officially launched in June, allows mentees to write and publish two to three articles over a three-month period; participants are paid per article. Although initially intended to be conducted in person, the mentoring program is being conducted remotely due to the coronavirus pandemic. The kick-off meeting took place on Zoom, where Hernandez and Jones were able to virtually meet their mentors and discuss program goals, meeting times and ideas.

Hernandez and Jones were selected from dozens of interested applicants and described the experience of working with their mentors and covering local art news as “amazing”.

“My mentor and I clicked from the start,” Hernandez says. “I feel like I can learn so much from her and talk to her about anything. There are so many steps you learn throughout the mentoring process that you don’t necessarily learn in the classroom.

Hernandez has long been a lover of the arts. She is an actress, choreographer and journalist who shares and creates multimedia content that combines different forms of artistic expression. She graduated last summer with a bachelor’s degree in theater and journalism. During her stay at the FIU, she also worked as a videographer for Inspicio, a digital arts publication sponsored by the College of Communication, Architecture + The Arts (CARTA). According to the Artburst team, Hernandez’s background in broadcast journalism, theater, dance and writing made her “an ideal candidate for the program.”

Hernandez and Solomon met virtually once a week to go over stories, ideas and potential goals. Hernandez’s latest story centered on how local artists have adapted to the pandemic – especially in immersive theater. A local artist, June Romero, performed in a global virtual theatrical event, Long distance business and while covering the event, Hernandez got the opportunity to interview Romero and find out how she prepared for the role, breaking the fourth wall and interacting with the audience all through a computer screen.

“It’s really cool to see where the theater can go and since Artburst is really passionate about covering the local art scene, it’s an honor and a privilege to be able to write a play like this,” Hernandez adds.

Jones is currently a senior at the FIU and specializes in journalism. Like Hernandez, Jones is involved in Inspicio and she 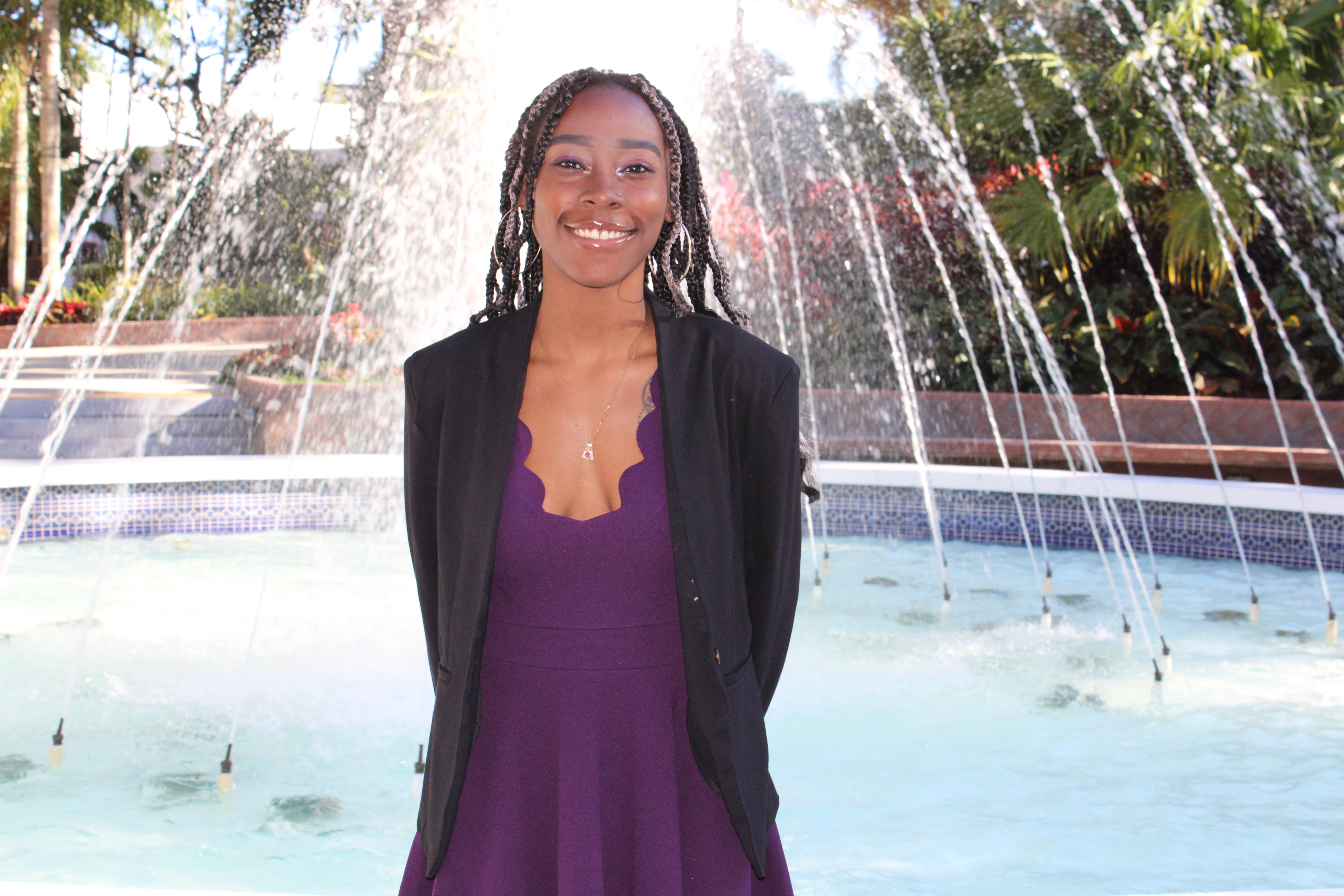 also works as a reporter for the CRF South Florida Media Network (SFMN), executive producer of Access to South Florida and as Director of Promotion and Recruitment for Panther Now. The Artburst team says that Jone’s background in writing, photography, videography and more than 45 articles published Prepared her well for the mentorship program.

Jones discovered his love for the arts in elementary school. She had her work exhibited in third year and was director of various theatrical productions at her high school.

“I’m really invested in the arts and think I would definitely make a career in art journalism,” Jones says. “I have been painting since I was little and I discovered for the first time what painting is. This experience was a great way to connect with different art spaces in Miami and get your foot in the door. “

Jones was paired with Rebekah Lanae Lengel, journalist and playwright. It has been published in three languages ​​and has also appeared in publications including the Miami Herald, Miami New Times, Art explosion and on stage at the Hippodrome Theater.

Jones says the two work very well together and Lengel has played a huge role in helping him hone his journalism and interviewing skills.

For his first article on Artburst, Jones discussed how different Miami art spaces, such as The Wolfsonian CRF, have been able to cope with and operate under the coronavirus restrictions. While writing her article, she was able to get in touch with museum curator The Wolfsonian, digital curator and museum’s head of marketing and public relations, which helped her land her next new adventure – an internship with The Wolfsonian.

Although Hernandez and Jones felt that completing the mentoring program virtually was a bit bittersweet, they still believe the program was a success and really helped them grow.

“I really think if someone is lucky enough to have a mentor, whatever profession they want to get into, they should take it,” Hernandez adds. “If you are confused about something or have a question about the industry, you can go to your mentor and that is your advantage in the industry, especially when you are just starting out. “