Presented by the Chicago Center for Contemporary Theory (3CT) and co-sponsored by the Institute of Arab Studies and the Ten years later: Mass protests and uprisings in the Arab world Project.

This event is part of the Ten years of project

This panel marks the tenth anniversary of the Syrian uprising with a conversation between three artist-journalist-commissioners who participated in the exhilarating first days of the Syrian revolution. Topics to be discussed include: the struggle to narrativize the revolutionary past and generate a sense of transformative continuity in the present; the relevance of different forms and genres of artistic and journalistic expression (in particular, the making of documentaries and feature films, visual arts, theater, curation, reporting and cultural criticism); and more general reflections on the relations between aesthetics and radical politics.

Speakers include Mohammad Al Attar, playwright and playwright; Alma Salem, curator and cultural advisor; and Lina Sinjab, journalist and director. Lisa Wedeen, co-director of 3CT and co-editor of Jadaliyya, will moderate the discussion.

This event is free and open to the public. Closed captioning will be provided. E-mail [email protected] if you need accommodations to allow your full participation.

Mohamed al attar is a Syrian playwright who has been dealing with the Syrian revolution and resulting conflicts since 2011. Al Attar was born in Damascus in 1980. At university, he obtained a degree in literature, followed by a master’s degree in theater applied to Goldsmiths University in London. . Today he is considered a leading chronicler of war-torn Syria and lives in Berlin. Shortly before the protests broke out in Syria, he wrote the play Withdrawal – a chamber play staged in a small apartment in Damascus where a couple lives and finds refuge against the mechanisms of social control of society. In 2011, after the first major wave of arrests in the country, his play Could you please look into the camera? regular. In it, torture experiences are relayed directly to a camera. The pieces Withdrawal (2007), Look at the streets … This is what hope looks like (2011), In line (2011), Could you please look into the camera? (2012) A Fortuitous Encounter (2013), Youssef Was There (2013) have been presented on various stages and international festivals. His game While I was waiting premiered at the Kunsten Festival, Brussels in 2016, and was selected for the official program of the 70th edition of the Festival d’Avignon.

Alma salem is an independent curator and cultural advisor with 22 years of knowledge and expertise in the production of hundreds of cultural projects in all art forms. His work spans international cultural relations, heritage protection , visual, digital and new media arts, performing arts, cultural policies, Cultural leadership, creative economies, industries and entrepreneurship, the arts for community development and social change, the conflicting arts, artistic strategies, management, monitoring and evaluation, coaching and mentoring of artists and cultural institutions, capacity building, training and curriculum design, management and evaluation of arts grants and cultural translations. She is a recognized cultural expert, working with the British Council from 2006 to 2015 in a variety of roles, including 5 years leading the Middle East regional arts programs in North Africa, overseeing over 800 art projects in 17 countries Arabs, from the Levant to North Africa and the Gulf regions, the UK and Europe during the Arab Spring, with a co-organized exhibition titled Syria Third Space. In 2008, she was a national expert on the EU ISMF-ICT (Institutional and Sector Modernization Facility) project (funded by the European Commission), software development and technical assistant for e-government applications and ICT standards, where she designed the rehabilitation, branding and launch of the first e-government CSC in Syria (at the Syria Citizen center). From 1995 to 2006, she worked at IFPO The Near East French Institute as Head of Cultural Resources. Here, she created the “First digital image bank of the Levant”, a ten-year project which aimed to preserve the visual heritage of the Levant in partnership with the EU, France (CNRS) and various museums. She has also acted as an advisor to archaeologists and historians and, in 2000, she published the book “Photographs of the Levant”. Providing arts management advice, coaching and mentoring to artists and cultural institutions, she is currently an instructor for KWN Education, an online learning platform for digital arts and design, and a member of the DEVOS Institute. For Arts Management at the University of Maryland in Washington DC. She is the founder of the Alma Salem Conservation and Cultural Advisory Office and the Sixth Space Syrian Contemporary Arts Conservation Platform.

Lina sinjab is a Syrian journalist and BBC Middle East Correspondent. In 2013, she covered the peace talks on Syria in Geneva as a reporter for the BBC’s world affairs and before that, from 2007 she was the BBC correspondent in Damascus. Lina has provided extensive coverage of the Syrian uprising since its inception in 2011 and continues to follow developments in Syria and the region.

Lisa Wedeen (moderator) is Mary R. Morton Professor of Political and College Science and Co-Director of the Chicago Center for Contemporary Theory at the University of Chicago. She is also an associate professor of anthropology and co-editor of the University of Chicago series of books, “Studies in Practices of Meaning”. His publications include three books: Ambiguities of Domination: Politics, Rhetoric and Symbols in Contemporary Syria (1999; with a new preface, 2015); Peripheral visions: audiences, power and performance in Yemen (2008); and Authoritarian apprehensions: ideology, judgment and mourning in Syria (2019). Among his articles are: “Conceptualizing ‘Culture’: Possibilities for Political Science” (2002); “Concepts and commitments in the study of democracy” (2004), “Ethnography as an enterprise of interpretation” (2009), “Reflections on ethnographic work in political science” (2010), “Ideology and humor in Dark Times: Notes from Syria ”(2013) and“ Scientific Knowledge, Liberalism and Empire: American Political Science in the Modern Middle East ”(2016). She is a recipient of the David Collier Mid-Career Achievement Award and an NSF Fellowship, and is currently completing an edited volume with Joseph Masco, titled Conspiracy theory. 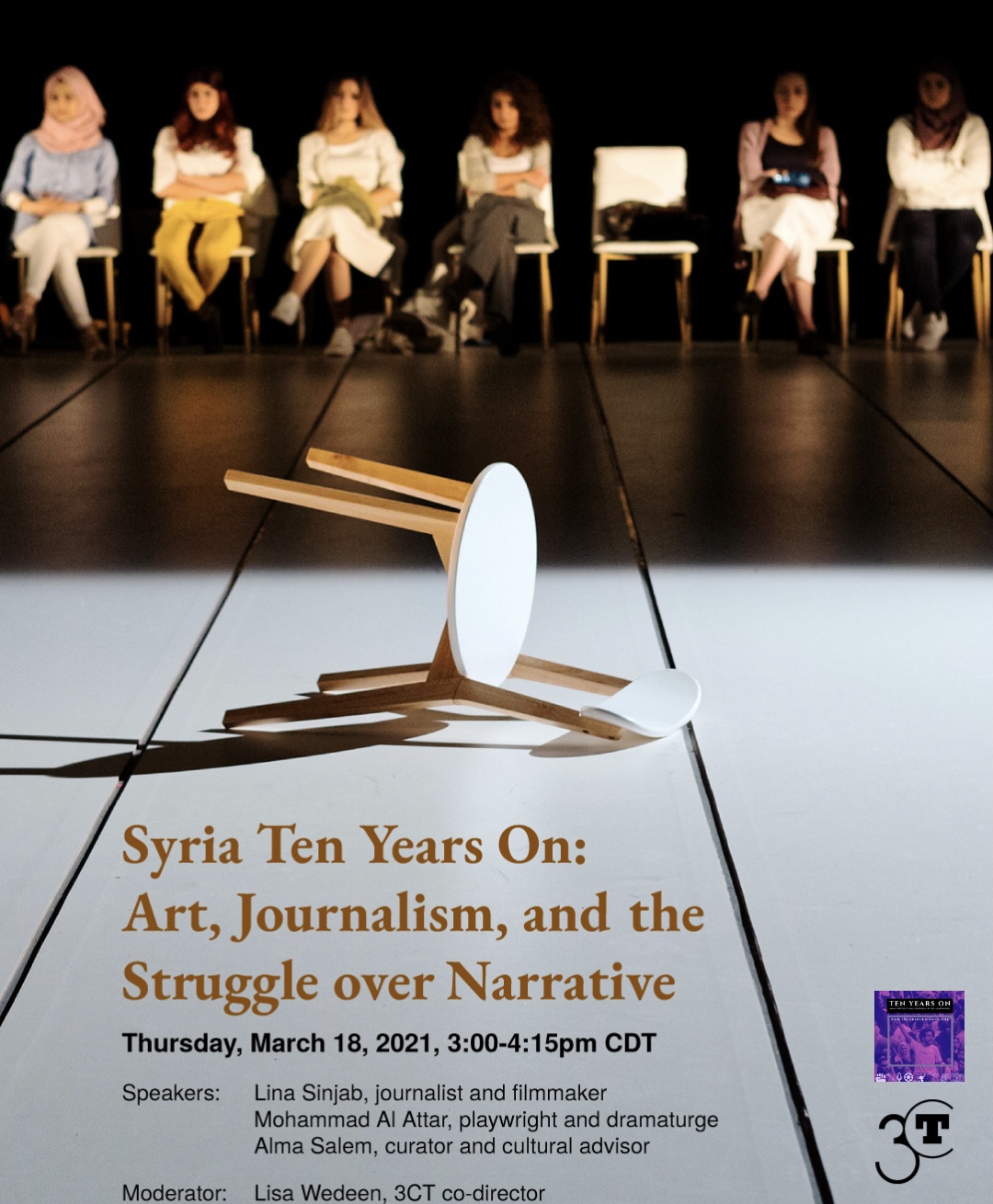 This event is part of Ten Years on Project, a year-long series of events, reflections and conversations created to commemorate the tenth anniversary of the start of the Arab uprisings in Tunisia. We started this project in order to question and reflect on the uprisings, in the hope of producing resources for educators, researchers, students and journalists to understand the last decade of political upheavals historically and in the present lived. .

From 2011, mass uprisings swept across North Africa and the Middle East, stretching from the shores of Tunisia to Egypt, Libya, Syria, Yemen, Bahrain and the Eastern Province. of the Arabian Peninsula. A “second wave” of mass protests and uprisings erupted in 2019 in Sudan, Algeria, Lebanon and Iraq. The persistence of popular sovereignty claims, even in the face of reinstated authoritarianism, imperial intervention and civil strife, is a critical chapter in regional and world history.

Watch all of our events from the past ten years here: